The Hard Problem of Consciousness has become the ultimate arbiter on the nature of reality in the last few decades, but the question itself is far from neutral, and loaded with assumptions and suggestions.

The Hard Problem of Consciousness (HPC) was conceived of David Chalmers in 1995, and has become the gold standard for weighing theories about consciousness. The Internet Encyclopedia of Philosophy describes the HPC thusly:

“The hard problem of consciousness is the problem of explaining why any physical state is conscious rather than nonconscious.  It is the problem of explaining why there is “something it is like” for a subject in conscious experience, why conscious mental states “light up” and directly appear to the subject.  The usual methods of science involve explanation of functional, dynamical, and structural properties—explanation of what a thing does, how it changes over time, and how it is put together.  But even after we have explained the functional, dynamical, and structural properties of the conscious mind, we can still meaningfully ask the question, Why is it conscious? This suggests that an explanation of consciousness will have to go beyond the usual methods of science.  Consciousness therefore presents a hard problem for science, or perhaps it marks the limits of what science can explain.  Explaining why consciousness occurs at all can be contrasted with so-called “easy problems” of consciousness:  the problems of explaining the function, dynamics, and structure of consciousness.  These features can be explained using the usual methods of science.  But that leaves the question of why there is something it is like for the subject when these functions, dynamics, and structures are present.  This is the hard problem.”

The problem with the question is that it contains an unverified (and likely unverifiable) assumption which is just taken for granted, which is that physical matter is the primary stuff of existence, and consciousness somehow arises from or interacts with it. 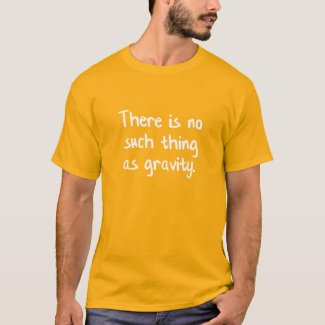 There Is No Such Thing As Gravity T-Shirt

The HPC begins with one free miracle, an unquestionable acceptance of the faith-based belief that matter is primary to reality, and/or exists external to conscious experience of it. The HPC, therefore, can only be ‘solved’ with physicalist explanations. The type of answers which fit the question are necessarily structured by the question itself.

There is no valid reason to begin with the physicalist assumptions, yet they are almost universally taken for granted, often even by opponents of physicalism. This is largely due to the nasty human habit of taking things too literally. Lets look at an example. 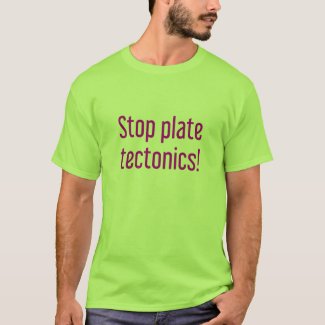 It is the same for physical reality. The only way we can interact with it is via our conscious perceptions of it. We cannot verify matter by any other means than consciousness, therefore we have no credible reason to assume matter exists beyond consciousness, just as we cannot verify the metal without using something besides the metal detector.

On the far physicalist side of this debate are exotic morons like Daniel Dennett, who claim that consciousness doesn’t even exist. It is just an illusion. Which is a lot like a metal detector claiming that it does not exist, but is just some quirky illusion produced by the metal itself.

Beyond ordinary physicalism, the HPC is also used to suggest mind/body dualism or panpsychicism. Both of which are just a basic foundation of physicalism with dorm room philosophy fodder to fill the gaps. Working from the HPC seems to steer researchers and philosophers right back into some form of physicalism, which is no surprise, since physicalism is assumed in the question itself. 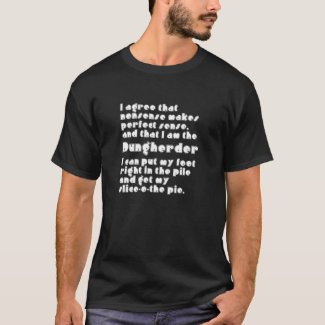 Until we are adamant about starting only from neutral questions, it will be impossible to expose the dogma of physicalism and the HPC for what they are. And by conceding to work from those premises, we validate and reinforce the dogma, rather than clear it from the hidden vault of unexamined assumptions which underlie physicalist reasoning. As philosophical idealists, we must not compromise in favor of absurd assumptions. We must take the game to our own field, where the rules are not stacked against us from the onset. Even if they can not see their dishonesty and cheating, we must, and not make ourselves complicit in it. Not even for the sake of parsimony or politics.

The Hard Problem of Consciousness is a loaded question. There is no onus on non-physicalists to respond to it, and doing so only strengthens the fundamentalist position of physicalists. Do not feed their illusions.

A similar problem arises for physicalists who seek the laws of nature, starting from an unverifiable assumption that reality is maintained by omnipresent, omnipotent forces.

Physicalism is just the same old patriarchal religion, but with far less imagination and poetry.