From God to Nature, human beliefs in external, omnipotent and omnipresent forces are essentially the same and have lead to authoritarianism and human-on-human force.

To the average modern observer there could be no bigger difference than those between the worldviews of religion and scientific materialism. The latter is generally given to seeing the former as irrational and full of spooks. The religious often aide in this assessment by agreeing they are more spooked, but for good reason, while also mostly abiding by the tenets of scientific materialism and its underlying premises in day to day life.

The rift between these two ideologies and the unique ways they interact gives an appearance that they are based on fundamentally different starting premises.

Both ideologies are predicated on the same irrational thinking, which are to assume that the contents of ones experience are generated and governed by some external, omnipresent and omnipotent force. The only difference between the earliest examples of this and the most modern are merely semantic. Religious people call the force God and scientific materialists call it Nature. Yet the function is identical. 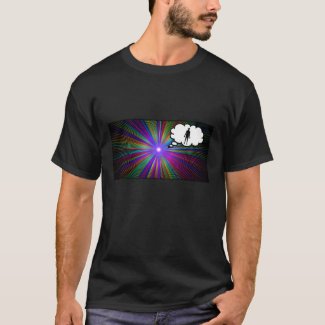 Awareness Experiences Itself As A Form
by AdvancedDankUnicorn

There is a consequence to this kind of reasoning. If reality is an ordered affair with set rules and limitations, then those who claim to know them are able to gain power and control over others. If ‘this is the way it is‘ exists, then it almost always follows that ‘so this is the way you should act‘.

Authority as it exists today is the result of a long evolution of power and control built on this logic. Even countercultures and subcultures have largely been predicated on their own interpretations of ‘how we should behave according to how the ways things really are‘. Even the most well intended teachings like ‘all you need is love‘ reduce our experience of reality to the truth in a single force.

This is precisely why almost every attempt at social change fails to produce meaningful results. The new boss is always like the old boss because both of them were the result of belief in these external forces, and then use their own force on those who do not act within the behavior they have interpreted as accordingly proper.

Belief in external, omnipresent and omnipotent forces gives people a sense of certainty. Faith in an absolute truth. And from that ideological error they are able to justify the use of force against those who are heretical to their belief system. They are able to justify their leadership, participation and support roles for cruelty under the guise that it serves a ‘higher purpose’ or ‘greater good’.

For these very simple reasons we can conclude that no significant adaptation to human civilization can occur until we root out the belief in forces entirely. At that point we can begin to explore the processes from which our experiences arise, so that we can gain power and control over our own reality. Instead of seeking truths which apply to all, we can create the truths by which we may express the greatest possible outcomes for ourselves.

There are no forces anywhere – you are free. 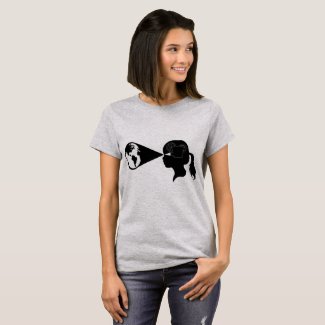