The shocking revelations about the uncouth proclivities of Santa Claus threaten to destroy Christmas forever.

“Ho ho ho!” sounds pretty jolly, unless of course you are the three lady elves who have been painting stripes on candy canes for centuries and have to hear Ol’ Saint Nick call you this every time he passes by your workstation.

This has been the case for three elves, but as they and many others have now revealed, that is not even the worst of it.

“There isn’t an elf here who hasn’t been groped, poked and/or soaked by Santa.” says Dunda, a manager in the Wrapping and Ribbon Department. “Those who refused to come forward with the rest of us are probably getting felt up and doinked as we speak.”

Accusations against Santa range from inappropriate workplace speech, all the way to the sexual assault of reindeer. Some of the claims are so egregious we cannot even publish them.

When I asked Cinva, a mechanic in Sled Maintenance & Engineering, what she had experienced at the North Pole, she replied.

“Gross, don’t say that to me. That is what he calls his peener.”

She was referring to ‘North Pole’.

“The Christmas Complex is not even anywhere near the northernmost area of Earth, geographically or magnetically. He just tells everyone that because he thinks its really hilarious to get everybody to refer to his dongsta all the time.” 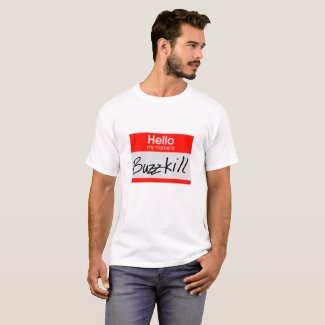 Aside from allegations of sexual abuse, the elves have put forth a number of surprising claims about the Jolly ol’ Man. Workplace conditions are appalling and the whole operation is ran essentially from the slave labor of a near extinct race. Many elves who didn’t tow the line have disappeared over the years, and many claim to have been locked up in solitary for the most minor of infractions.

Even more surprising are the revelations about Santa’s personal beliefs. Among the oddest are accusations that the King of Christmas idolized Fidel Castro, has multiple wives and is a flat earther.

Of all the charges being made against Santa, the most serious of them claims that the entire toy delivery thing is nothing but a front for entering peoples homes and taking compromising pictures of children, with which he runs the largest pedophile pornography ring in the entire world.

There are enough claims to bring the big guy down, but there is just one problem – the elves won’t tell anyone how to get to him.

“It is not just like you can drive to this place. It doesn’t really exist in the way that Wal Marts or Chattanooga exist. There is not even a way to explain it. You either know or you don’t, and I am afraid that is just how it is,” we were told by an elf who prefers to remain anonymous.

So what are we to do with claims of sexual misconduct by a holiday demagogue in a magical realm who cannot be reached?

But is it worth it based on the unverifiable claims of a few dozen elves, and if so, can we be convinced to give it up?

A spokesman for Interpol says we should take these claims seriously.

“One of the most troubling aspects of the worldwide child pornography phenomena is that we don’t know how most of the pictures and films are getting made. Many of the victims appear to be safe in their homes when these shots are taken, and it has long perplexed us how so many pedophiles could be breaking into homes at night and not getting caught. The Santa Theory would actually be the best explanation we have had yet.”

However leaders from almost every country across the world have promised to look into the allegations, and if they can be confirmed, take whatever actions are appropriate.

“Well then I guess we’re screwed…screwed more,” said Cinva, “because you can’t beat the Santa at his own game.”

When asked if there was anything we could do to protect ourselves and our children – like sleeping together on Christmas Eve, installing security devices and cameras or filling in our chimneys with cement – the elves all agreed there was nothing to be done.

“We’d take the big bastard out ourselves if we could, even though we would also then cease to exist. This is a you problem. It is your dumb beliefs that got us into it, and only you can stop it.”

So will there be a Civil War on Christmas, or are we in too deep to care?

Help a poor (literally) writer continue having time and a place to write by making a one-time donation at PayPal.