Although you should be skeptical of any formula that claims to solve existence, here are some reasons to be wary of this one in particular.

While the influence and intelligence of Timothy Leary were incredibly important factors in progressive thinking in the 20th century, some of his works were painfully naive and unexamined. This is not even to mention his disheartening character flaws. Often his most misguided ideas tended to coincide with the scientific materialism which shaped most of his thinking. SMI2LE fails on that level, as well as on others.

From a non-materialist perspective, space is a fascinating phenomena. When not viewed as just a massive clockwork of interacting objects, other questions arise. Why do we have an experience of space at all? Why do those experiences change over time? Should we think of space as an object at all, or like margins in the narrative of our collective experience framework? Is there really an out there filled with objects, or is there just an out there filled with potential for unknown experiences? Are our observations of an out there really just the collective archetypes of our expectations, constantly evolving with new ‘discoveries’?

These are fascinating and perplexing questions that keep me up at night.

And yet even if I rejected the materialist view of space as a clockwork collection of interacting objects (which I do, because, well why not – nobody else is) – because our expectations have tended to view it as such, it may be possible to experience it as such. Even though it all began as an abstraction, space migration could become a thing. But should it?

Considering that consensus seems to suggest that we haven’t really learned to respect ourselves, others and this seeming-object in seeming-space called Earth, might we not want to focus our attention on that first? What will become of the out there if we use all of what we got going on in the here and now now to create it? Shouldn’t we learn to be in peace and harmony before we start taking using our existential baggage as a brush to paint the canvas of the unknown?

What of our minds? If everything out there is a projection of what is inside of our minds, wouldn’t that suggest that we have an infinitude of mind to explore without going anywhere? What new worlds might already lie in our minds if we just looked harder and began to ask questions about awareness and it’s experiences, rather than the objects of experience?

Then even if I am to concede to the view of space rendered by scientific materialism, haven’t we learned any lessons at all about the price of colonialism? What we have conquered and destroyed right here on this stage is regrettable enough, so do we really need to attempt it on the cosmic level? Who knows what dangers we might present to whatever or whoever we encounter out there?

I am not saying that we should not attempt to explore whatever out there is, and whatever might be in (or become of) it, but I would not have prioritized it as highly as Leary – or any of the super rich tech bros now working to realize his dreams. As Buckminister Fuller would have agreed, there are plenty of challenges right here on Spaceship Earth to keep us busy for a very long time.

[addendum: Perhaps a form of naive realism and expansive universe can be explained by the contributions of all minds.] 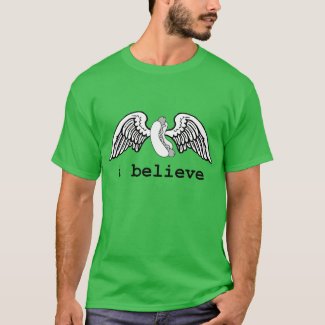 i believe (light)
by AdvancedDankUnicorn

Despite the fact that everyone thinks they know what intelligence is, nobody actually does. Definitions of it vary from discipline to discipline, from culture to culture and from individual to individual. Any metric for intelligence is flawed because it is based on the values of those making the metric, whose intelligence may not even be adept at recognizing what intelligence higher than their own looks like. Intelligence is entirely subjective and every definition or metric for it is merely an abstraction that validates the worldview of the person defining or measuring it.

Humans of the future might be super happy and healthy, but unable to make the complex abstractions which we now equate with intelligence. Their happiness in part made possible because they are not self-sabotaging their experiences with the sort of abstractions that lead to frustration, anxiety and depression. Nor suffering the existential unease created by the rat race of industrialism, itself a product of intelligence which has often been a Pyrrhic Victory for those living under its heels.

Maybe we should work on ending oppression and inequality before using impossible math to turn everyone into the ubermensches that Leary imagineered in his own image. 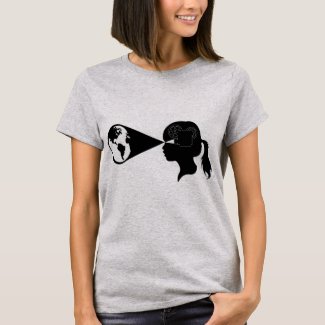 Once again we arrive at an idea with the consequences scientific materialism at its heart. Where life itself is measured by the object property of time, rather than the quality of experience within it. Where more is better and endless growth are just assumed to be the best approach, without really considering the consequences.

Maybe life isn’t something to conquer. Maybe its value is not in how much of it we can consume, but in how much we can enjoy each and every moment of it.

Leary talked about escaping our primal instincts, but between his advocacy of life extension, and his involvement with resurrection and immortality schemes, he sure seems awfully preoccupied with the primal fear of death – and how to overcome it.

Again, I’ll play along a little, and assume the scientific materialist viewpoint. If life is worth extending, what might be the consequences?

I will skip past low-hanging fruit like population and pose an even bigger problem – how conservative would humanity become if it were ruled by the same senior viewpoint for centuries or millennia? In science there is a maxim that the best way to get new ideas out there is to wait for those attached to the old ones to die. The beliefs and expectations of older scientists become so entrenched that they stop actually thinking scientifically and become dogmatic gatekeepers.

What might happen to humans if we do not refresh ourselves through death and birth? What kind of stagnation would we be subject to if we lived longer and were thus ruled longer by individuals and their limited perspectives? Or are we just to expect the supermen in space to be immune to falling into patterns, habits and ruts?

Taken as a whole the SMI2LE formula seems to be an escapist dream predicated on dissatisfaction with humanity. A futurist flavored manifesto of discontent. And that unease might be the most valuable lesson.

Maybe if we want to have better experiences, it is time for us to reject scientific materialism, not necessarily as a useful method, but as a dominant worldview. Perhaps it is the use of that ideology as the arbiter of all things which is at the center of the angst which Leary and most of humanity have felt in the wake of industrialism; which is itself a product of that worldview.

[There are lots of easily arguable points presented here. My intent is not to provide an absolute outlook, but a counterpoint so that we may think critically about even the things that inspired us most. Please try to have a good sense of humor and constructive criticism.]