“Are our waking lives merely insectry, the march of ghouls collecting sensory data that our dreams convert into the product of our lives?”

When I wrote that line back in June of 2012 I was wondering if perhaps the world of dreams was more important, more central to our being, than our waking lives. Could it be that our waking hours are just errands in which we collect the ideas and images which dreams transform into infinite new experiences, free of all limitations except the amount of unique data within them?

In dreams anything can happen. There are never permanent consequences. We are immortal and the only rules that apply do so only in a given moment before we are wrestled into some new kind of logic in the next moment. And yet most people would still consider this to be the inferior portion of their existence, a trivial drama arising out of the clockwork determinism of having a brain.

Some of those who have looked at dreams (Freud, Jung, etc.) have tried to use them as some secret cipher to our waking reality. Some set of hidden codes that tell us what we don’t know about ourselves. And in this idea, the waking life is the more meaningful of the two, and dreams arise just to serve the waking self, but only if one can unlock their mysteries.

Many people believe that lucid dreaming would be an improvement. That by bringing the certainty, absolutism and control of the waking self into the dream reality, they will improve that experience. And once again, the waking reality is seen as superior and its ways more real and true.

My own experience with lucid dreaming, which came about more as a side effect of keeping a dream journal for writing purposes than as something I intended to do, proved quite different. The more control I gained, the more boring my dreams got. But even worse, I began getting caught in these endless dream-within-a-dream traps, and it eventually got downright scary. I took this as a sign of my dream self telling me to keep my fucking ego out if its nirvana.

Our ideas about dreams always place them in some sort of subservient position to waking reality, without ever really questioning that assumption. However I have recently considered another position, one that would make the comparison of relative value between dreaming and waking reality a less relevant question. 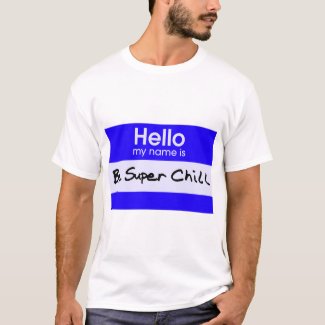 Be Super Chill
by AdvancedDankUnicorn

What I am about to discuss is pure speculation. There is no real evidence to support this position, nor do I think there could be. To only think about true things would be to think of nothing at all.
“Maybe your dreams are where you go when you die.”

I wrote that single thought less than a month ago, more as an idea to chew on than anything else. And in the meantime, I have, and the flavors are fascinating!

So what happens to my awareness when it is no longer having an experience of being a body in a world full of other bodies and things? Does it go to Jesus Magic Kingdom in Afterlife Orlando, or does it disappear into nothingness?

I have never had an experience of nothingness. Nothingness is an abstraction. It is not linked to the evidence of my senses through a direct experience. To posit a voyage to an unknowable nothingness is just as absurd as one to Yahweh’s Soul Aquarium. Both of these abstractions lie outside of the possibility of observation.

Yet I have had many experiences of my awareness not-anchored to physicality and its apparent rules. I have them every night, and so do you.

Why then would it be less reasonable to suggest that your dreams are where you go when you die than it is to suggest you go somewhere that lies outside of your awareness and its experiences?

I find the consequences of such a possibility fascinating. It would certainly seem to imply a teleology, and give purpose to our lives. Fill them with the kind of things you would want to take with you to eternity. As many of them as possible. If it would seem like hell in death, you should avoid it in life. Seek out those experiences in which the idea is reinforced that existence is beautiful and fascinating, rather than a dull, mundane and a meaningless task of mere survival.

Even if this concept is wrong, that our dreams are where we go when we die, it provides meaning and purpose in life. And even if your awareness ends up in the dark abyss, your life will not have been one.

14 thoughts on “Dreams, Eternity and the Waking Collector”