What we learned when six women revealed that they had been sexually assaulted by Louis CK, besides that he is a creep and comedy is broken, is that humor itself requires an overhaul.

In the 1980s the threat of censorship loomed heavily over the entertainment industry. Between the policies of Reagan and the busy body mommy lobby comprised of women like Tipper Gore, actual threats to artistic freedoms became a rallying cry of artists to push back. And it was in this era that the comedic aesthetic that has existed to this day was cemented as the most virtuous way to artistic integrity.

The perceived threat against artistic freedoms during that time were traditionalism, puritanism, Christianity and misguided bleeding hearts who were almost indistinguishable from the puritans. So artists fought back by rejecting all of those sensibilities with shock and hyperbole; working from the examples of earlier pioneers such as Lenny Bruce, Richard Pryor and George Carlin.

Through the art of comedy, this influence radically changed the sense of humor of its audience, and it spread out from there into culture in general. Being edgy, confrontational, in-your-face, over-the-top and wrong-on-every-level became the new humor norm.

There were always people sensitive to this type of humor, but they are the exception that provides context to the overall pattern.

As a result of normalization, people who employed this kind of humor at an exceptional level became top candidates for success. And with that sort of success comes the kind of vanity and hubris which often gives rise to predatory behavior.

Which brings us to now, when the greatest threat to artistic freedom seems to be the artists themselves; in addition to being a threat to those around them. And their aesthetic has infected our entire culture.

This is where we are at. While far right radicals pay lip service to artistic freedom and freedom of speech, they merely mean to abuse them to create the conditions in which those ideas would be threatened even greater than ever before. The threat is no longer conservative puritans, but conservative radicals.

Sexual predators and other types of abusive individuals are really no different than conservative radicals. The only difference is of scale. Where the politically ambitious aim to impose themselves on the entire populace for unscrupulous purposes, sexual predators impose themselves for unscrupulous purposes on individual victims.

So if art is to be progressive, rather than repressive or regressive, then it should always seek to challenge the conservative dogmas. The Reagan era shock comic is no longer a threat to conservative ideologies. In fact the most radical conservative pundits, like Alex Jones, employ its style. Every alt-right forum on the internet is dripping with the sweat and spit of rage-filled edgelords whose comic preferences are virtually indistinguishable from the comedic shift of the 1980s.

Rape jokes no longer challenge conservative ideas about decency. Now they empower rapists by dulling our responses to rape.

This is an important point for both sides to remember, that tasteless jokes did once hold a positive social function for progress. Just because they no longer do does not mean we must be in complete denial that they ever did. To do so is to weaken the bridge of reason and understanding that gets us from the old to new.

Not to brag, but I saw this coming years ago. My first real sense of it was the ‘rage face’ & ‘troll face’ tropes. It occurred to me then that edginess had been reduced to a commodity. It had become a mere symbol of status and identity. The devil-may-care anger, outrage and shock which had once been rebelling at specific cultural norms was now just apathetic, compulsive contrarianism reacting to whatever you got.

Internet culture in general has been predicated around this shock aesthetic. Memes and other tropes rely heavily on these tactics. And the people creating them and sharing them genuinely believe that they are being cutting edge and pushing back against political correctness, or cultural Marxism, or whatever abstraction allows them to take pride in their highly conformed comedic attempts, and gives them a sense of power and identity.

And it has become almost monolithic in scope as the echo chamber of online culture validates this single predictable behavior, as well as the individuals contributing to it. While that may sound entirely negative, things which give people a sense of belonging and connection are not necessarily bad. People generally require some type of external validation, and without judging that in and of itself, the shock aesthetic has been meaningful to individuals in undeniable ways.

What the issue seems to be is that this problem is probably not going to right itself from the bottom. Regular people have too much of their emotional security wrapped up in this archaic approach to humor. If it is going to change it will be because celebrated humorists have set a better example.

From my perspective even the comedians deemed most progressive are terribly conservative. They remain basically partisan and only challenge specific issues and never the institutions themselves. They are laden with audience pleasing virtue signals. They conform to ideological dogmas like scientific materialism, the sanctity of compulsory education and the intellectual superiority of academia. Comedy has stopped questioning things deeply and has thus become a support mechanism for authority by validating its more palatable aspects. 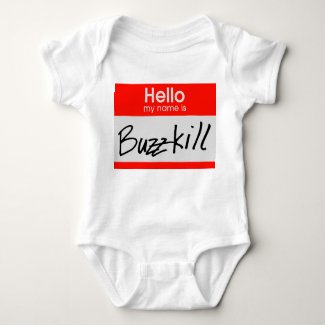 If comedians are to remain relevant, they must question these things as well. Because these things also underlie the institutions and culture that lead to abuse. If abuse is an exercise in power, then power must be the target of progressive humor, at all levels.

Mainstream liberal comedians like Patton Oswalt and Sarah Silverman are a dime a dozen. They are dull partisan reactionaries who use political environments opportunistically to sell their brand. And often, by the pattern of their logic, supporting a nationalist ideology based on strong centralized authority upheld by force. They are no different than the conservatives they deride with the brief exception of a policy here and there, but as for the fundamental issues of those institutions themselves, they don’t seem to have much of a problem.

The last time I wrote about Louis CK it was for this very reason. His enthusiastic support for Hilary was admittedly not just knee jerk anti-Trumpism, it was a stated appreciation for her authoritarian characteristics. Hilary is a warmongering maniac with more money invested in slave labor via the industrial prison complex than anyone else. For Louis CK to have so ravenously endorsed her warned me of his character long before these allegations came up. It was already clear that he was obsessed with power, both his own and those others with the privilege to escape the consequences of their actions.

When the pretense of maturity threatened artists, juvenile humor was a valid reaction. But now that the threat comes from juvenile powers, the onus is on the humorist to be mature. That is what will be truly shocking, the ability to be genuinely funny on the merits of your ideas, and not coasting on a tired aesthetic to get them across.

As a final analysis, this idea should be applied to all the arts. It is just as relevant to music, movies and other mediums as it is to comedy.

7 thoughts on “After Louis CK: The Rebirth of Humor”