People who make absolute claims about belief, and then claim to be above it, are suffering just as equally from unrecognized self-delusion as their rhetorical targets.

“Belief is the death of intelligence.
As soon as one believes a doctrine of any sort, or assumes
certitude, one stops thinking about that aspect of existence.”
-Robert Anton Wilson

There is perhaps no belief as patently false as the belief that one’s self, along with their ideological peers, are singularly immune to believing. Without believing that the glowing pixels arranged in little symbols you are looking at right now have meaning, you would be unable to read this. Without believing that looking at little symbols that mean something to you is a worthwhile task, you would not be here. Without being in a culture that believes it can turn bits of resources into a complex tool which allows the transmission of little symbols we agree to believe are meaningful, you couldn’t possibly even be doing any of this right now.

Without belief there is nothing. The ability to believe is probably one of the single greatest strengths of human beings. Without it there could be no progress, no technology and no civilization itself. Only by believing in the ability to reach some new achievement can we accomplish it. Without belief, only the primitive awareness of mind can exist.

Without belief there is no free will. One must believe in not just their choices, but in their ability to chose, before they can begin to do so.

Without belief one can not even posit that belief exists, make judgments about it, or claim to be free of it. A proclamation of disbelief is self-refuting.

Belief itself is without any intrinsic qualities. The value of a specific belief arises from its ability to create desired outcomes. One cannot argue that a belief is incorrect simply because they disagree with the outcome it leads to, if it actually has the ability to lead to that outcome. At this point the issue of conflict is desired outcomes, not the beliefs that lead to them. 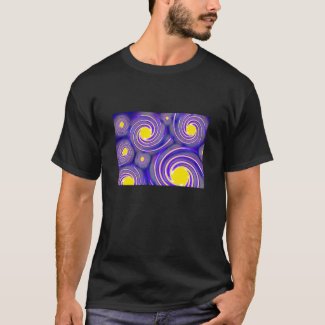 The denial of belief often seems to be predicated on the division between those who profess to their beliefs openly, for better or worse, and those who reject belief on the basis that those who profess theirs so openly desire different outcomes than they do.

This is like denying that water exists just because somebody else wants to use it to flood your neighborhood beyond the threshold of the drainage systems you designed.

Probably everybody reading this right now believes that a mere abstraction we call gravity actually exists. You cannot observe this gravity. You cannot even measure it directly. You can only measure its alleged effects. There is no difference whatsoever in this kind of leap of faith than to believe that the displacement of objects around your house which you cannot explain through direct observation are the result of some ghostly force.

Causation itself is an abstract belief which entails further abstractions and beliefs. When the observable evidence of a phenomena is supposed to have some cause outside of the observed, then one must create an abstraction to fill the gaps.

Reason also is highly suspect, as is intelligence. If you do not question the nature of intelligence, you aren’t really applying it. The worship of intelligence creates an abstract map in which reason is alleged to be the territory.

“I don’t believe anything, but I have many suspicions.”
-Robert Anton Wilson

Regardless of whether you call your basic instincts and assumptions ‘beliefs’ or ‘suspicions’ – they are the same thing. Whatever your tendencies lean toward are your beliefs, and you cannot escape that.

In RAW’s defense, he essentially admitted this seeming hypocrisy a number of times. Like myself, he suggests that making conscious efforts to shift ones perceptions to avoid dogma is a helpful exercise for maintaining intellectual balance. Dogma is terminal belief. It is a positive belief that a singular end requires a singular means. To avoid this one must allow their goals to evolve, and absorb new belief systems as temporary tools to meet them.

If we ceased taking belief literally by using it as a tool of intentional imaginative creativity, rather than a delusional ‘discovery’ of abstractions, we might be able to program our experience consciously.

The only reason I believe everything I have just written is because it underlies a hope that these beliefs can affect the human environment I find myself within. I fully understand that these statements are themselves imbued with belief, and as such, are just as non-absolute as any others.

However my intended outcome is this: We stop taking ourselves too seriously in the ways that allow us to be shitheads to one another.

Illusory non-belief is not a rational position. Stop appealing to it. Instead explore how you can recognize belief to consciously guide yourself towards outcomes that benefit both you and the world inside-out of your mind.

Nihilism is surrender and self-defeat. 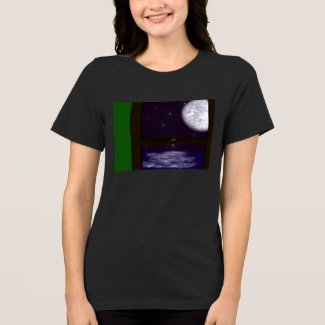 2 thoughts on “On Beliefs & Those Who Deny Having Them”