I was having a discussion with someone recently who was telling me about a friend of theirs who is a mathematician. This friend, she bragged, saw numbers in everything. Where we saw walls and colors and felt heat or heard trumpets, her friend saw numbers and formulas and complex calculations that described those experiential phenomena. She was so enamored of her friend’s ability to see mathematics in everything that I soon realized her adoration was almost messianic in nature.

Not so very long ago when humans conceived that their reality was populated by spirits and gods – those who heard voices or saw things nobody else did – were thought of as prophets or shaman or some other holy role. Today we call those people schizophrenic or bipolar and pump them full of enough chemicals to keep their visions at bay. Meanwhile people who see numbers that the rest of us do not, or geometry or other empirical modeling tools within nature itself, these folks are called geniuses. They are the new holy folk.

It seems to me that so far as madness goes, that the only difference between a mathematician and a schizophrenic is when and where they were born. In another time somebody who saw numbers and calculations everywhere would have been considered obsessive compulsive and quite likely considered to be hallucinating and dangerous to themselves and others.

In fact mathematicians would already call some people who do this differently than they do, numerologists, wackos. It is not seeing the significance in numbers or their relationships which gives mathematicians a messianic reputation in modern society, but in using the visions of numbers to validate the status quo worldview.

Here and now that worldview is materialism, and mathematics exist mostly just to model material reality. The glory of the mathematician is in their seemingly mystical connection to a deeper level of the reality modern people believe in. Mathematicians validate the perfectly normal and are hailed as visionaries for it. 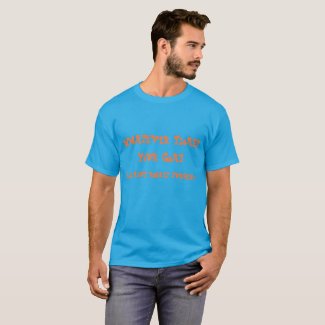 Whatever Floats Your Goat T-Shirt

When once spirits and gods were the reality belief of choice, those who heard voices or saw apparitions were holy for the same reason – a seemingly mystical connection to a deeper level of that model of reality.

The difference between madness and genius lies not in the individuals that possess them, but in what we believe reality to be. And those who validate the current consensus belief about reality through the highest form of strangeness allowed by those beliefs are considered holy or genius or whatever is preferable at the time.

If someday human beings come to believe that the universe is a complex song comprised of melodies and harmonies then they will probably also believe that anyone who constantly gets songs stuck in their head is some sort of holy genius. Perfect pitch might even make you a god.

Lesson: If you wanna be a messiah tomorrow you should start practicing madness today.

9 thoughts on “Mathematics, Schizophrenia and the Shifting Sands of Madness”