Why we shouldn’t be as concerned about chaos as we should about the disorder we create when we struggle against it.

My interest in the philosophical implications of chaos and order were piqued in 1998 when I first read The Principia Discordia, a humorous book produced by an absurdist religion based on an arcane bit of Greek mythology. Discordianism is the faux worship of Eris, goddess of chaos, and while it is thought by many to be a merely satirical piece of surrealist art, its metaphors resonate on a level of great truth. Yet it would be difficult to understand these truths if one were to hold onto the mainstream misconception of chaos and were unable to distinguish it from disorder. 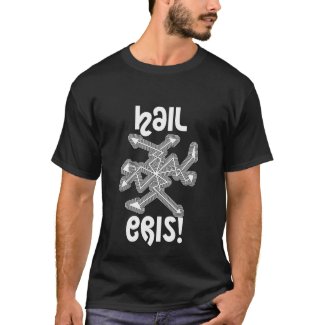 Let me explain the difference in the most basic terms possible.

Chaos is a large grocery store with every ingredient ever imagined from which an endless amount of possible food combinations could be used to create unique meals.

Order is the shopping list, the recipe and the process of prepping and cooking. And sometimes you get a tasty meal.

Disorder is what happens when the conversion of chaos to order goes awry. Which becomes more likely each and every time you apply order, and becomes a certainty when you apply it destructively (more on destructive vs. creative order below). Disorder, distinct from chaos, is usually what people actually mean when they use the term chaos. However, the failure to be able to distinguish means that people react to disorder by attempting to bandage the wounds it creates with a misapplication of order.

Chaos is possibility. Disorder is entropy.

Let us examine the Principia Discordia’s retelling of that arcane Greek myth:

THE MYTH OF THE APPLE OF DISCORD
It seems that Zeus was preparing a wedding banquet for Peleus and Thetis and did not want to invite Eris because of Her reputation as a trouble maker.

This made Eris angry, and so She fashioned an apple of pure gold and inscribed upon it KALLISTI (“To The Prettiest One”) and on the day of the fete She rolled it into the banquet hall and then left to be alone and joyously partake of a hot dog.

Now, three of the invited goddesses, Athena, Hera, and Aphrodite, each immediately claimed it to belong to herself because of the inscription. And they started fighting, and they started throwing punch all over the place and everything.

Finally Zeus calmed things down and declared that an arbitrator must be selected, which was a reasonable suggestion, and all agreed. He sent them to a shepherd of Troy, whose name was Paris because his mother had had a lot of gaul and had married a Frenchman; but each of the sneaky goddesses tried to outwit the others by going early and offering a bribe to Paris.

Athena offered him Heroic War Victories, Hera offered him Great Wealth, and Aphrodite offered him the Most Beautiful Woman on Earth. Being a healthy young Trojan lad, Paris promptly accepted Aphrodite’s bribe and she got the apple and he got screwed.

As she had promised, she maneuvered earthly happenings so that Paris could have Helen (the Helen) then living with her husband Menelaus, King of Sparta. Anyway, everyone knows that the Trojan War followed when Sparta demanded their Queen back and that the Trojan War is said to be The First War among men.

The point here is that by being selective about the guest list, an act of order on Zeus’ part, the conditions were set for the disorder that was the first major imperialist war in our written history. An ever-increasing trend that has done little to enrich our existence.

Perhaps you are familiar with the adage that a butterfly flapping its wings in Brazil could lead to a hurricane halfway across the world. This is known in chaos theory as the Butterfly Effect. It essentially describes the interconnectedness between all things and how even the slightest action could snowball or lead into much greater ones.

Yet we are a universe in motion and have little choice but to remain active. This is why Discordianism suggests that we do not create a dichotomy between chaos and order, but between the creative and the destructive. It is thought that creative chaos is more favorable than destructive order. Yet if we wished to apply this knowledge to our actions, the subjective area where creative/destructive are defined is still problematic.

It is therefore authority over others which is the destructive force of the universe. Authority is often recognized falsely as a valid attempt at order. But true order, that which is not just a conduit for disorder, comes only from voluntary cooperation and mutual consent. The opposite of mutual and voluntary is aggressive, which takes the forms of force, coercion or compulsion. Our existence as individuals is a strong indicator that whatever our meaning and purpose in this existence are derived from must have something to do with that individuality. When authority organizes force to impede on individuality it doesn’t just violate the meaning and purpose of the individual and existence, it leads us down the destructive path to disorder.

Yet because we have misunderstood all of this, because we have created a false dichotomy between order and chaos and have failed to distinguish between the latter and disorder, we have become blind to our own predicament. As the disorder spawned by our faulty outlook increases, so does entropy. There must be some limit to how much entropy reality can contain. So besides being a philosophical nuisance, the misleading ideologies surrounding these terms and concepts, may actually pose a threat to our existence. We have seen this on a smaller scale. The empires of the past have fallen, such as Rome, collapsing under their own weight. Yet a danger much greater than nation states could befall us. The advancement of our knowledge and technology and other tools of order continues to increase exponentially. The resulting disorder which may follow in the collapse of all of this order may pose a threat to existence itself.

While it is not a certainty in any empirical sense, authority could theoretically collapse our entire universe. Not just in the physical sense, but in the sense that we are conscious beings whose ability to bend our nature to accommodate authority could at some point result in a critical mass. That critical mass might be a psychic implosion of our sentient consciousness, or it might just drive us mad enough to destroy ourselves through desperate attempts to correct our trajectory with yet more destructive acts of order.

Authority is not just the enemy of an individual. It is the enemy of ALL individuals. While it may currently only have the power to damage us one at a time, or in isolated groups, it could very well snowball into a disorderly frenzy of entropy which causes the heat death collapse of our universe, metaphorically or literally. There is a threshold where they become indistinguishable.

Before we can begin to correct the problem we must understand it. And to understand it we must first understand its most basic terms. Familiarize yourself with the distinguishing characteristics of the three terms as I have presented them. Think in them and speak in them and act accordingly to them. See if it doesn’t change your entire worldview. And share them. This one seed of knowledge may be the most important lesson for humanity, a species at the cusp of its own maturity. Peering into the uncertainty of that future is perhaps frightening. Which is why we tend to avoid it at any cost. But we may not always have that luxury.

The favoring of order over chaos, of authority over anarchy, is that final attachment to our immaturity. It is like the fear we face when we first leave our parents home. Yet there comes a time to leave behind certainty and security and head out into the vast possibilities of our own individuality. And even though we may fumble and make great mistakes, we will also be learning and adapting and evolving as individuals. Authority may have been a useful tool for fashioning creative order from chaos, but at some point it becomes a detriment. This is where humanity stands. We can step out from under the safety blanket of authoritarian ideologies and accept the consequences of the learning process, or we can rot in our parents basement while we bleed the household dry with our refusal to seek independence. 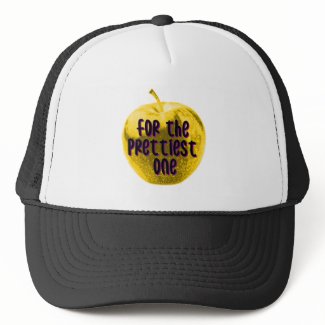 Embrace chaos, for in it lies all possibilities, great and tragic. Yet with an attachment to destructive order alone, there is no doubt what the outcome will be for our universe as well as our species and everything else within it. Do not let fear or ignorance keep you dependent on authority and its intrinsic tendency towards disorder.

I must not fear.
Fear is the mind-killer.
Fear is the little-death that brings total obliteration.
I will face my fear.
I will permit it to pass over me and through me.
And when it has gone past I will turn the inner eye to see its path.
Where the fear has gone there will be nothing.
Only I will remain.

2 thoughts on “The Importance of Distinguishing Between Chaos, Order and Disorder”