Neil deGrasse Tyson is a household name. His is one of the most well known faces in the western world. He is an icon for those who prefer to get their understanding of science through television and internet memes and pop science tropes. People hold him and his word as final truths on just about any topic he speaks on, regardless of how little he knows about or understands it himself. He is the Jerry Falwell of Telescientism. An infallible demigod for the pious and faithful.

He also happens to be almost entirely full of shit. On a number of occasions he has made disparaging remarks about the discipline of philosophy, claiming that it is meaningless and unnecessary, in no uncertain terms. This is always done with the insinuation that science and empiricism are superior methods opposed to, and competing with, philosophy. So let’s talk about the first area where NdGT has no idea whatsoever what he is talking about.

The history of science clearly illustrates that empirical methodology emerged from philosophy itself. Science is just an extension or branch of philosophy. In fact, pioneers of science such as DaVinci referred to their discipline not as science, but as natural philosophy. Going back even further, it was Greek philosophers who brought to the western world the foundation of reason and logic upon which modern science eventually was formed. So to say that philosophy is in competition with, threatens or is opposed to science is like saying that ice is opposed to the water from which it formed.

In order to make any estimation of the value of science, one has to use the forms laid out by philosophy. The reason that we know the empirical method is meaningful and useful to begin with comes from premises that emerge from philosophical thought. Even further, for NdGT to make any statements about the relation of philosophy and science is itself a philosophical activity. His assertions have no basis in the empirical method whatsoever. They are philosophical statements, albeit, really low quality ones easily dismissed with simple logic. In fact, empiricism itself is unable to demonstrate the validity of empiricism. Therefore the mindless scientism, the idea that only science can provide meaningful answers about nature and reality, spouted by NdGT is self-refuting. Perhaps his real problem with philosophy is just that he is abysmally terrible at it.

Yet the biggest issue with the wonky worldview of NdGT and his followers is that they beat their fists on their pious pulpit dismissing metaphysics wholesale. Metaphysics is the philosophical study of what precedes, or lies below, physical phenomena. According to NdGT and his followers, philosophy and religion and everything besides science is just fluffy crap for scandalous metaphysicians, whose method they feel should be discarded entirely. Again, the irony is almost too much. NdGT does not eve recognize that his own worldview and the ideas he espouses are based on a metaphysical model. To say that nothing caused or is primary to physical phenomena is itself a metaphysical statement. Just a very naive and ignorant one. 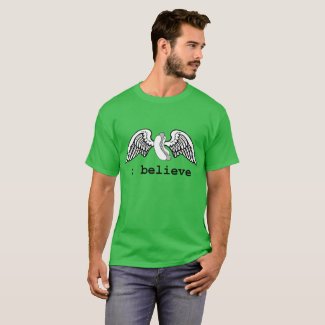 The idea that the qualities of all physical phenomena are emergent properties of matter and physical states is the metaphysical position of physicalism, materialism or naturalism. NdGT’s espoused ideologies are all dependent on the superiority of this metaphysical premise. This makes him just as ideologically dangerous as religious figures who make pseudo-scientific claims. Claiming authority over ideas that one fails to understand their own self, while using their public position to spread these misguided dogmas, is exactly everything he claims to be opposed to.

The physicalist position is that a phenomena’s physical properties are the only ones worth considering. Physicalism is the idea that the entire truth of a thing rests solely on it’s measurable physical properties. This is, in fact, the same reasoning employed by every racist, sexist, homophobic and otherwise bigoted belief system ever. The Nazi scientists went to great lengths to attempt to illustrate the superiority of the Aryan descendants based solely on the physical differences between ‘races’. The most backward hillbilly klansmen similarly justify their own superiority via claims that the physical differences between ‘races’ define them. Every backwards thinking, arrogant and dogmatic bigotry in history was predicated upon the same physicalism that underlies NdGT’s entire ideology.

The persistent cultural ideology that this Telescientismist is a beacon and champion of human progress fails to recognize that he contributes almost more than any other living being (Go away, Bill Nye, nobody is talking to you.) to the greatest hurdle to scientific/human discovery and progress in modern times.

Physicalism is the geocentrism of our times. It impedes ideological progress both culturally and scientifically. An emerging paradigm of philosophers and scientists are beginning to reject that notion. These mavericks are pioneering new theories and models that are able to hold up to scientific scrutiny far better than physicalism, while also being more consistent with other methodologies like philosophy and psychology. While the public are still enraptured by the pervasive physicalism that has endured since the dawn of industrialism, the new ideas that lead to even greater human progress are under construction. People like NdGT are dangerous charlatans pinning people to the past and impeding the evolution of human civilization. And while he does so, strutting around with the self-assurance and conceit of a celebrity, he is profiting from and rubbing elbows with people (Koch brothers, FOXtv) whom his followers generally tend to be ideologically opposed to. NdGT stands for something in the public eye that he is not. He is not an anti-establisment champion of reason and progress, he is a spokesman for that establishments ideas and agendas, and a barricade against the reason and progress that would expose them.

It is time to stop putting Neil on a pedestal. He has not earned that position, nor is he using it to lead to the human and scientific progress that the people who put him on it claim to be seeking. It is not just that he is so completely and utterly full of shit, it is that he is a dangerous megalomaniac peddling garbage that reinforces the greatest threats to humanity.