Louis CK unwisely decided to discuss his politics during the last election and as a result I will never be able find him funny as I once did.

There is a new Louis CK special on Netflix. Six months ago I would have been elated, chomping at the bit to watch it. Now I could care less, but that would involve more care, and it’s not fucking worth it. Louis is dead to me.

So what did he do that I find so unforgivable?

He supported Hillary Clinton. But it is not that he did it, but how he did it.

First of all let me make it clear that I did not vote, did not support any candidate and do not participate in mainstream politics. And I certainly have no love at all for Donald Trump. So I am not being a sore loser. Louis could have talked about voting for Hillary and done it, and I would have let it go right past me and continued to love him and his work. But his reasoning for supporting Clinton has rattled my faith in his intellect, intentions and values in such a way that it will forever color everything he does in my view.

I am not going to look up the quote and repeat it here verbatim. The gist was that he was going to vote for her not because he was voting against Trump, but because he really thinks she would be a great president, because she is a ‘tough mom’ or some shit.

Clinton is a shameless warmongerer. And CK’s support for her seems to rest on the fact that this is what he wants. He wants a genocidal oligarch who isn’t even trying to hide it. It would have been much better if he was just making a contrarian anti-vote like most people, but he was voting for what Clinton stands for, and that is violent authoritarianism.

I will continue to explain, but I don’t think I need to. That is just fucked up, let alone for a comedian.

I have a great deal of respect for stand up comedians. There are very few careers in which you can gain access to the inner sanctum of peoples personal beliefs and ruffle things up a bit. However that is something we very much need. Comedians push the boundaries and question things others are afraid to. Comedians are ideological dissidents leading humans to new vistas of freedom.

At least the good ones are. Bill Hicks, George Carlin, Lenny Bruce, Richard Pryor, Doug Stanhope are just a few comics who forced people to rethink the world they live in and to question everything. Especially authority. Authority is always the thing that needs questioned most. Especially when it is cruel and violent.

Hilary Clinton is cruel and violent. Dismissing her psychopathy and relabeling it ‘tough mom’ is the most sell out thing I have ever heard a comedian say. 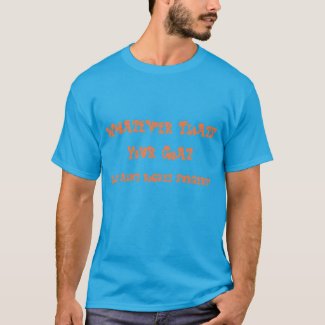 Whatever Floats Your Goat
by AdvancedDankUnicorn

In retrospect I find him less funny. ‘Tough mom’ reminds me how much of his entire shtict revolves around being a dad. Trying to get other people to care about your parental role, ideas and stories as much as you do is the most overdone thing ever. Louis CK is basically your Facebook news feed with better presentation.

And who remembers when he announced he was quitting the internet? Thanks for the fucking Luddite virtue signals, douche dad. Thanks for telling us peons how to live from your almighty fucking ivory tower in the big apple. Some of us actually use this to make a living and ply our arts and do not have the privilege of just writing it off.

Louis CK seems humble until you realize his low self esteem is just a performance to gain status. It’s a direct Woody Allen rip-off without any honesty in it. Woody Allen portrayed himself as the caricature of self-doubt he was in his own head. Louis CK portrays himself as the kind of self-degradation artist who wants you to believe he is humble so he can foist his bullshit normative ideas on you and gain fame.

There is no sin in art as great as normalcy, and Louis CK has made a career out of playing normal for an audience he views as a tool to prop up his career and ego. He will even normal so hard that he makes light of bombing children in third world countries, which is what Clinton was explicitly all about, as part of his promotional efforts.